Ebooks: The Future or the Next Step

Home > Entrepreneurship > Ebooks: The Future or the Next Step
September 28, 2012 0 Pranav Gupta

In US and UK the ebook fad is expected to generate 50% of the total revenue for the publishing industry by 2016. The major markets for books are quickly turning digital without encroaching on the standard books market. “This growing trend of e-books’, says Ananth Padmabhusan, VP for sales at Penguin India, ‘will not cannibalize the other market of standard books.”

Why then, is India slow in catching up?

E-books have made the distribution chain wider and today books reach more readers than ever before. The trend is slow as I believe in India because we are wary of any change and the still developing internet infrastructure here. There are psychological barriers in play here. I asked a few of my friends who are voracious readers what do they think about the trend? Surprisingly, most of them though comfortable with the digital space, still preferred hard cover books for reasons such as ‘the feel of the book’, and ‘the smell of the book’. This may be true for most of the book lovers here.

Even when typewriters and publishing material was made available, it took a considerable amount of time for us to shift from the traditional format of writing practiced in India (on leaves, barks with the help of feather made pens).

Though the market of smartphones and internet is growing at a brisk rate in India, the penetration still has a long way to go. There is only a 10.2% internet penetration here as compared to 32.7% being the global average. The ebook market will grow simultaneously with internet and other technological advancements including computers, kindles, smartphones etc. It is a linear growth that all publishers agree upon.

However, notwithstanding the slow growth rate, all the big and small publishing houses are enthusiastic about the future of ebooks and have started taking measures towards ensuring their availability when the market finally cracks open.

The change is imminent, for according to a FICCI report, there are around 600 million book readers in India and Penguin India has successfully managed to publish and sell 250 new titles since the last week of June. Another take away from the same report was that most of the readers in India are young and access the internet frequently which is a definite indication that the market will open up soon, in a big way.

The domestic market grew at an impressive rate of 45% and 40% in terms of volume and value respectively, in 2011. Ebooks too have come fairly a long way from where they started off two years back. According to Bower Market Research’s Global ebook monitor, the industry of ebook grew from $78 million in 2008 to $1.7 billion in 2011, globally. The same report estimates the market to grow further to touch $3.5 billion by the end of 2012. A prediction by the group clocks a 50% growth in the Indian region for ebooks, in the next 6 months. These will almost double the ebook readers in India.

Home-grown publishers along with major publishers are rolling out their own strategies as they ready themselves to foray into the new market. The Indian publishing industry is growing at a rate of 30%, year on year, and is expected to keep the pace for the next three years as per a report by the FICCI. With various platforms for ebooks already gaining ground mostly among the Indian youth, like Kindles, iPad, Kobo, Nook etc., the enthusiasm of the publishers may not entirely be misplaced and slow.

After all, ebooks give the reader the choice to carry their library with them. Which book lover won’t love that? 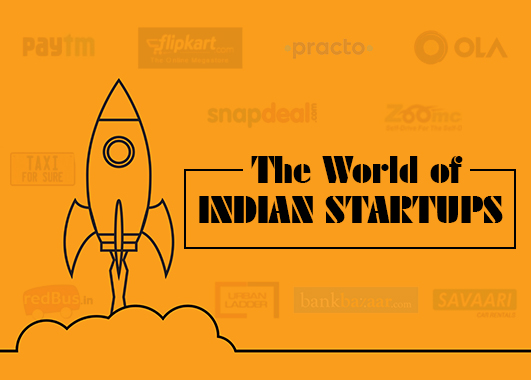