Suggestions & Submissions made for the Copyright Act 1957

Home > blog > Suggestions & Submissions made for the Copyright Act 1957 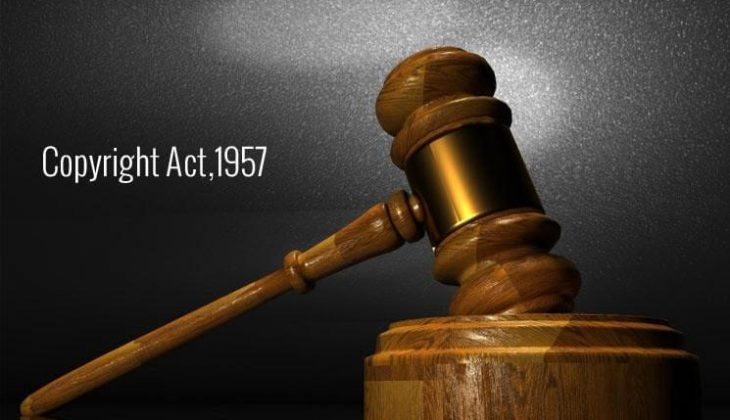 The copyright law introduced right after independence encourages artists, writers, authors, musicians to create their own exclusive pieces of work. The main objective of the law is granting them protection against misuse/ duplication of their creative labour. Copyright allows the holder to take immediate legal action against infringement.

However seeing the massive digitalization in the current world, the law is clearly dated and is unable to safeguard the rights of a creative entity.

Which is why I  appreciate that the Govt. India is considering making some amendments to the Copyright law 1957. As an active member of International Publishing Association (IPA) and Federation of Indian Publishers (FIP) there are some recommendations that I would like to suggest -:

Firstly, the publishing industry has significantly contributed to the development of the nation for decades. Publishers have played a consequential role in making the content accessible  that is altering manuscript to a finished product ready for publication.

proofreading, formatting, rendering illustrations, providing editorial inputs and giving it the shape of a book as the consumer finally sees it.

Therefore it is my humble request that the term ‘literary publisher’ should be defined separately under which laws in regards to publishers of literary works should be listed.

Secondly, seeing the massive changes that have occurred since 1957 (the year when this law was drafted)…  it’s only fair to remodel this law in tandem with the digitised world that we live in. I understand that we must strike a balance between copyright and fair access to knowledge, however the need to ensure effective enforcement of an author’s rights are more important than ever right now.

Hence it is my humble submission that the law must be amended to limit the benefit of whatsoever exceptions that have been listed.

Thirdly, there are provisions pertaining to the renewal of copyright societies, every five year. When the government anywho retains the right to suspend or cancel the registration, imposing a review every 5 years becomes cumbersome.

Especially considering the long delays in the processing, authors and publishers both suffer lots of losses due to this. Therefore I request removing this law from the copyrights section.

Fourth the requirement that the distribution of royalties on a quarterly basis must be revised to an annual basis. Mainly for two reasons- 1) it is not administratively feasible  2) Majority of RROs world over remit India’s share of the dues once in a year only.

It is further submitted that we favor a single window licensing approach. I also suggest that a copyright society must not be granted several registrations causing reduction of opaqueness to right holders, defeating the very objective of copyright societies.

Fifth it is submitted that the rapid development of technology has given way to creative ways of committing acts of infringement. Also it has become extremely easy to be anonymous while perpetuating these acts. Publishers and authors have lost crores due to this unchecked and widespread circulation of unlicensed infringing of digital copies.

In view of the above, I suggest that the Copyright act must be amended to include provisions to impose liability on the administrators of these social groups floating all over the internet.

Provisions permitting dynamic injunctions against unknown infringers should be granted by the court.

Additionally deterrence of those who engage in these activities with insertion of provisions permitting courts to award statutory damage in favor of right holders.

Last but not the least, the industry is not in favor of decriminalising provisions of the copyright act, especially pertaining to infringement of Copyright.

In fact, we believe that currently laws are lagging behind…it’s only fair that the laws be enhanced to deal with 21st century issues.

We trust that the government will consider these submissions on behalf of the publishers and industry favourably.